#23 Using Psilocybin and Iboga to Heal From Addiction And Get Well With Tyler Chandler, Nicholas Meyers, and Adrianne from DOSED 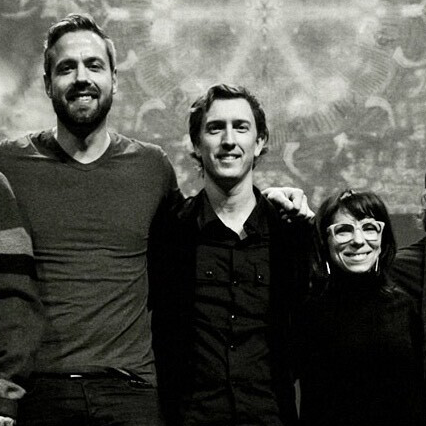 My guests on this episode of the podcast are Tyler Chandler, Nick Meyers and Adrianne who are director, writer & cinematographer, and star of ‘Dosed’ respectively, an incredible documentary film about psychedelics and their role in treating substance abuse disorder and helping stop addiction. Learn more at www.dosedmovie.com

Tyler Chandler is a Canadian documentary producer and director and ‘Dosed’ was his documentary debut. Nick Meyers is a writer and a cinematographer, and Adrianne is the protagonist. The film tells a story of Adrianne’s journey from heroin addiction to sobriety.

In this episode we also discuss Iboga treatment for heroin addiction, and the combined use of psilocybin and other psychedelics to help people transition from addiction to sobriety.

Hope you enjoy this episode. If you like it please share it with your friends and/or leave a review so more people can find these types of conversations.

This episode is brought to you by Fulcrum Venture Accelerator, the fundraising accelerator for mission-driven entrepreneurs. Every 3 months Fulcrum scours the globe for the most impressive entrepreneurs building impactful companies, and we take them through a 3-month accelerator program focused 100% around helping them close seed financing. Our process has already been used to close more than USD $20 million in seed capital and we’re just getting started. If you or someone you know is creating something impactful and is raising seed capital please visit Fulcrum to download free resources and get free pitch feedback.

0:32 Adrianne explains what it was like for her to get involved with psychedelic treatment: “I didn’t know much about psychedelics but I started to hear more and more about it. It became more and more mainstream, but when we started documenting the film I didn’t know much about it. At that point I was ready to try anything, I was pretty desperate.”
2:03 Tyler explains how this film came about “We weren’t really supposed to make this documentary, Nick and I had a bunch of ideas and psychedelics weren’t one of them, but we have learned recently about how it can be helpful to a lot of people.”
2:50 Adrianne explains how she got involved in the film: “I did not have any experience with psychedelics but I started hearing, here and there, about psychedelics for depression. I was in a dark place, I was in relapse and really struggling. Then Tyler came in and asked me if I ever tried psychedelics and gave me the idea to document this journey. I had no idea where it would take us but now I’m glad we did it.”
4:10 Nick explains how he and Tyler know each other.
5:06 Tyler explains how it all started: “It started off very slow, we originally thought micro-dosing would potentially be what she needed. We did research and we learned that Empire College in London was doing clinical trials for depression. There were other clinical trials that we were looking to get going using mushrooms for substance use disorder. We learned that they use high doses which was what Adrianne needed, so she started off with a proper dose and it really helped.”
19:45 Nick Myers: “There is not a lot of money to be made in making people well, that is a reason that some of the good treatment methods are not exposed in public.”
21:00 Adrianne discusses methadone and mentions Iboga treatment which is, in her opinion, very effective in treatment.
26:37 Tyler talks about some legal dangerous drugs such as alcohol and many others.
27:00 Nick talks about alcohol: “Around here growing up nobody seemed to be able to talk to each other without alcohol, nobody had self-confidence, self-love to relate to another human being without being drunk. There is a huge alcohol culture here.”
33:30 Adrianne talks about social anxiety as a big reason why people take drugs and alcohol: Drugs and alcohol made me feel that I am a person I’m supposed to be, but that wasn’t real.
38:40 Tyler discusses hard drugs and psychedelics: “Hard drugs are the means of escape and psychedelics are not, because in most cases you’re gonna confront your negative emotions.”
44:50 Tyler Chandler: “Another thing people often don’t realize is that you don’t need to be addicted to hard drugs in order to get benefits from psychedelics.”
52:56 Nick Myers talks about some dangerous drug methods in treatments such as benzodiazepines treatment: “The more that this person took benzodiazepines the more anxious they were.”
55:45 Adrianne: “Psychedelics were super helpful in discovering things that really made me happy and had me resetting my navigation system to better and greater things in my life.”
56:35 Tyler Chandler talking about what is next: “We are in development on another documentary and it just made sense that it is also on psychedelics.” DOSED 2
59:13 Nick Myers: “We are trying to figure out a way to make this new film and help a lot of people and leave a positive impact on the world. If anyone listening is interested in helping us in making this film, they can reach out to us on a contact form on our website dosedmovie.com.”
1:01:28 Tyler Chandler: “Not only it can be challenging to find your happiness and get sober, but when you add the fact that some of the best ways to help yourself are illegal and finding someone to help you can be very hard, it makes it even more difficult.”
1:02:33 Nick Myers: “After my amazing experience with psychedelics I was not like ‘Oh man, I gotta do this again’ I was not addicted.”