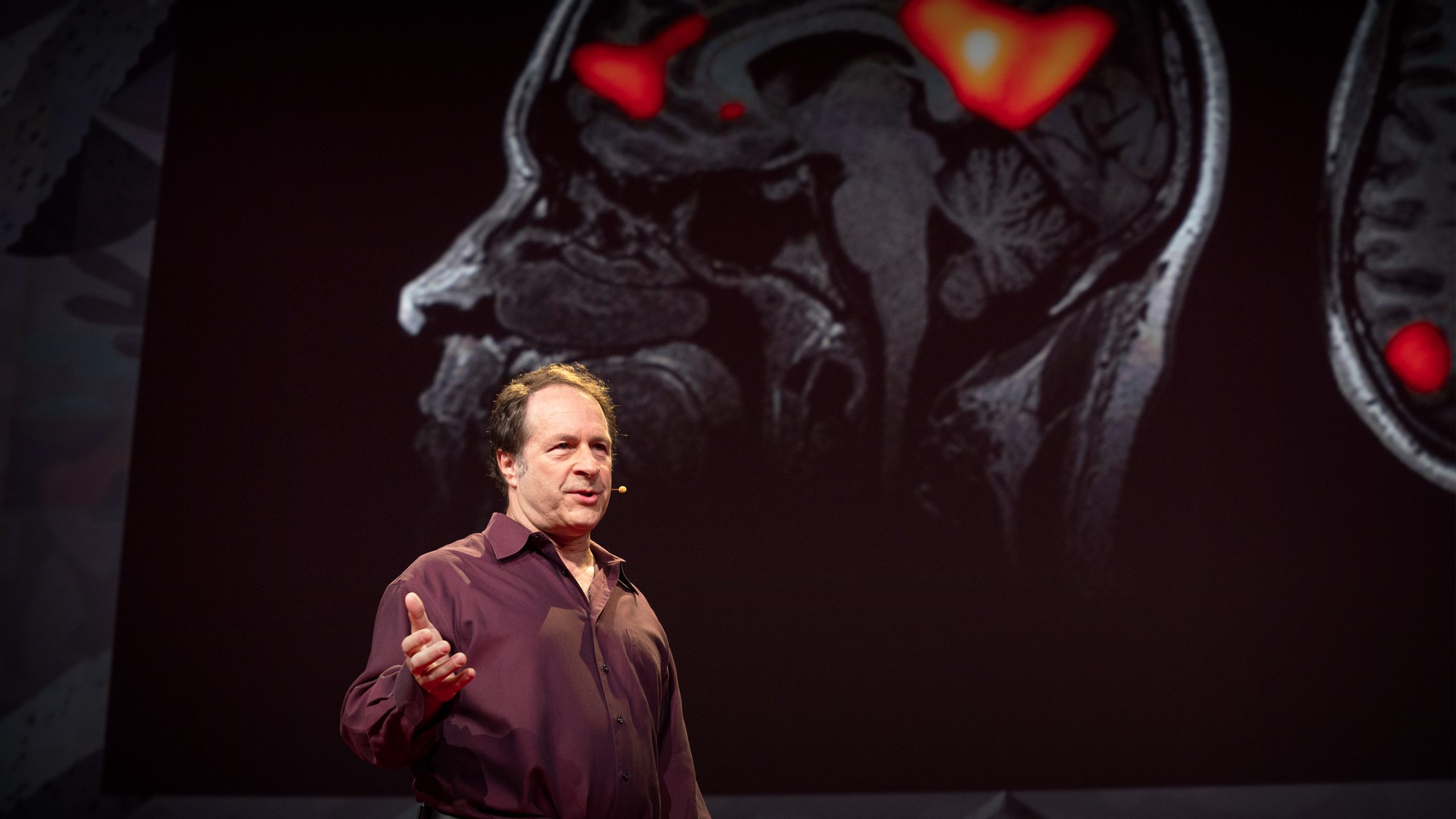 This week on the podcast I speak with one of my heroes: Rick Doblin, founder and executive director of the Multidisciplinary Association for Psychedelic Studies (MAPS). Rick has spent the last 30 years on a crusade of the heart to deliver the healing potential of psychedelic medicines to our culture. After transformational experiences with psychedelics in his 20’s, and amid the political environment of the Vietnam war, Rick dedicated his life to help our culture heal its collective trauma. Finally this year (2019) thanks to Rick’s work, the first legally sanctioned MDMA clinics will open in America to treat people with treatment-resistant PTSD.

Rick’s story is an inspiring example of the power of unwavering vision, heart and commitment to change our culture and ultimately the world. This episode is filled with illuminating anecdotes on the history of psychedelic prohibition, as well as a fascinating exploration of the future of the psychedelic renaissance. Rick paints a picture of where he thinks our culture will be in 2025, 2035 and beyond.

We talk about coming trends like mass access to psychedelic mental health clinics and services, treating trauma in hospital emergency rooms, psychedelic assisted family therapy, and ultimately the licensed legalization model that will open the doorway to generalized responsible use of psychedelics.

I went to Boston to interview Rick because this is the highest leverage work I can find anywhere on the planet so far. If you know of something that is higher leverage please let me know!

Please listen and help spread the word by sharing this episode. And if you believe in the healing potential of this work please donate to MAPS (https://store.maps.org/np/clients/maps/donation.jsp?campaign=11) and watch & share Rick’s TED talk (https://www.ted.com/talks/rick_doblin_the_future_of_psychedelic_assisted_psychotherapy?language=en)

He received his doctorate in Public Policy from Harvard’s Kennedy School of Government, where he wrote his dissertation on the regulation of the medical uses of psychedelics and marijuana and his Master’s thesis on a survey of oncologists about smoked marijuana vs. the oral THC pill in nausea control for cancer patients. His undergraduate thesis at New College of Florida was a 25-year follow-up to the classic Good Friday Experiment, which evaluated the potential of psychedelic drugs to catalyze religious experiences. He also conducted a thirty-four year follow-up study to Timothy Leary’s Concord Prison Experiment. Rick studied with Dr. Stanislav Grof and was among the first to be certified as a Holotropic Breathwork practitioner. His professional goal is to help develop legal contexts for the beneficial uses of psychedelics and marijuana, primarily as prescription medicines but also for personal growth for otherwise healthy people, and eventually to become a legally licensed psychedelic therapist. He founded MAPS in 1986, and currently resides in Boston with his wife, two dogs, and empty rooms from three children, one of whom is in college and two have graduated.

7:30 Ricks TED talk on psychedelics and the resistance to making it happen

10:24 the pre ted talk mushroom ceremony rick did to prepare

12:41 humanity is in a race between catastrophe and consciousness

16:35 medicalization as a strategy towards the transformation of human consciousness

18:22 nested hierarchies and leverage – doing the thing that contains the most things as a strategy to make a difference

19:09 the copunican revolution, the Apollo moon landing and now 50 years later psychedelics. Opening up perspective to the centrality of oneness.

20:53 brothers and sisters on this planet

21:53 the psychedelic renaissance and how Rick sees it

23:10 WILLIAM James experimenting with nitrous at the turn of the century and later experiment by researchers in the 50s and 60s

23:47 Nixon “Tim Leary is the most dangerous man in America” 1970 controlled substances act

26:08 how racism was a central force behind prohibition

30:21 PAUL Lieber at the fda, schedule 1 got taken away given to pilot staff,

30:33 Rick Strassman gets permission to study DMT for psychosis

32:33 the FDA decides to regulate psychedelics just like any other drug

34:13 the DEA said they wouldn’t work with Rick because he had previously sued them

36:25 The dead-end we’ve hit as a culture with traditional psychiatric drugs

37:31 The 30 years it took rick to take MDMA through the phase II studies at the FDA

37:43 Rick’s first psychedelic experience and how it transformed his life. How he was terrified of emotions and the irrational as a young man.

39:06 How what’s happening in America is similar to what happened in Germany in the 1930’s

40:03 Rick’s experience meeting a Russian girl and his first insight that “The Other” was government manufactured

41:56 The propaganda at the time that if you did LSD once you would go insane. Lorne Greene and the propaganda game.

45:57 Albert Einstein “Our technology has surpassed our humanity”

46:31 1972 Rick couldn’t handle the psychedelic experiences he was having so he went to his guidance counsellor who gave Rick Realms of The Human Unconscious

47:19 Rick discovered Stan Graf’s work and the container of therapy for the psychedelic experience.

50:00 John C. Lily and Programming and Meta Programming in the Human Biocomputer, work with LSD in the floatation tank

52:10 The all night dance parties (with psychedelics) at New College

53:18 The nudist colony at New College

54:03 The dose of LSD ‘back in the day’ was 250 ug, much more than today. The initial experiments at New College with LSD.

55:13 Playing with ego dissolution and LSD, and mapping the psychedelic experience

57:02 The psychedelic backlash and the cautionary tale of John C Lily vs. the inspirational story of Stan and Christina Grof

58:25 – Rick’s experience getting certified as a holotropic breath-work facilitator, and the letter Rick sent Stan in 1972 asking to study with him. Stan was at John Hopkins and said to come to California, Mann Ranch in Northern California with Joan Halifax.

1:01:02 Rick’s realization that he was up in his head, and his 10 year period of building houses to integrate what he had learned into his life.

1:04:40 Integration in a grounded way is about what we manifest in this world in this life in this physical reality. That’s where it all comes into play.

1:07:23 Seeing god in everything and bringing more love and compassion into the world

1:08:06 Rick gives me advice on the questions to ask after seeing visions in psychedelic experiences

1:09:51 The danger of people saying “I’ve got the truth, and not questioning it”. The realization that all visions are seen through our filters, and thus need to be tested.

1:12:01 The answer comes from trying to put it into practice and see what works. We need to be confused and constantly questioning, but still being willing to make decisions.

1:16:08 The beauty of the scientific method to uncover truth, even with clogged filters, insecurities and ego

1:17:13 Rick’s 30 year crusade – how did he keep going? The vision he had at 18 about the most important leverage he could have to bring back psychedelic research, and his crusade of the heart to make it real. Driven by the fear of not doing it, of letting the irrational triumph.

1:19:17 Rick’s holocaust dream and how it’s impacted his trajectory in life to be a psychedelic psychotherapist.

1:22:26 “And so what kept me going during these 30 years and even so now, was the fear of doing nothing. That I never had a better idea of a higher leverage thing. It alwasys seemed like bringing back psychedelics was the best thing I could be doing. And all the resistance I was getting, my own experience told me that there was a better view, that they could be terrible, but also be enlightening and spiritual. So I always felt that my highest leverage purpose .. was to use my freedom to help make sure that something [like the holocaust] never happens again.”

1:24:13 The first time Rick did MDMA in 1982 while at a workshop with Stan and Christina Grof at Esalen

1:25:22 “I was foolish enough to underestimate it, but smart enough to buy some”.

1:27:43 Moving the psychedelic experience beyond the context of therapy and reforming drug policy.

1:28:11 The future of psychedelic clinics and integrating the psychedelic experience into our culture

1:29:36 As a medicine the drug is not the treatment without the therapy

1:30:122 The 100 Ketamine clinics in America, and integrating ketamine with therapy

1:30:39 The impending MDMA clinics that are going to open at the end of 2019. People will be able to pay for treatment of their treatment resistant PTSD with MDMA and Ketamine.

1:31:44 The new specialty of Psychedelic Psychotherapy

1:34:44 Licensed legalization and Rick’s vision for getting your psychedelic license.

1:36:38 Price and search time, and the black market that will still exist in our psychedelic future

1:37:24 Future visions: 2021-2022 MDMA and psilocybin become legal medicines, then 10 years of training therapists and building out the psychedelic clinics. A team of therapists will only be able to see 25-30 people per year. There’s 8M people with PTSD so we’ll need hundreds of thousands of therapists. Rate limiting factor is our ability to train therapists.

1:39:56 The potential of group therapy, and will it work with traumatized people? Moving to a post prohibition world where people can heal themselves.

1:41:47 Testing MDMA with adolescents 12-17 year olds. Closer to the trauma of childhood. Treating trauma right after they’ve been traumatized in war.

1:42:40 Rick’s prediction that we’ll see licensed legalization in 2035 in the united states. “One reason why I say it’s that long, is that first medical marijuana was in 1996, it’s taken 20 years and we still don’t have federal legalization” RIck thinks marijuana will be legalized in 2025 federally.

1:43:57 Beyond 2035, harm reduction for a post-prohibition world. Like Zendo https://zendoproject.org/

1:45:25 “Once people learn they don’t have to supress these difficult emotions, they can keep getting better on their own” “We create a context for people to heal themselves”

1:46:38 Rick’s framework to work on psychedelic legalization whether he’s successful or not. “If your happiness is dependent on success, it’s a perilous situation”

1:49:09 Getting the word out about the psychedelic renaissance. “The most important thing that needs to be done now is public education” Unwinding the propaganda of the last 50 years “A puff, a party, a tragedy”

– Compass – https://compasspathways.com/ – for-profit trying to turn psylocybin into a medicine

– Lorne Green – The Propaganda Game – How to Recognize Propaganda https://propagandagame.org/

– David Crosby If I Could Only Remember My Name https://en.wikipedia.org/wiki/If_I_Could_Only_Remember_My_Name, Movie https://www.sonyclassics.com/davidcrosby/

– Zendo project for harm reduction in a post-prohibition world https://zendoproject.org/