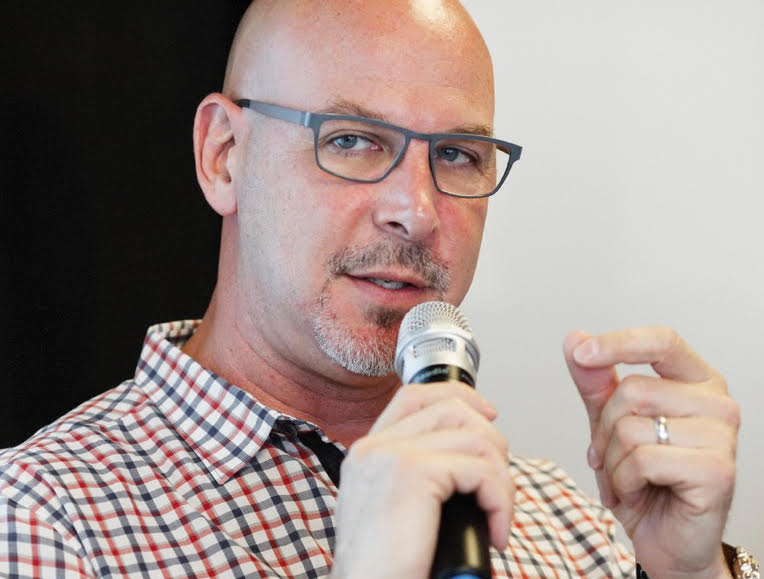 Today’s guest is David Mandell, a multi-time entrepreneur, startup sage, and a managing partner at VentureVoodoo partners, a consulting firm specializing in CEO and Leadership Coaching.

We’ve spent the last 6 episodes delving into the big picture of mission-driven entrepreneurship, and in this episode we get super tactical. David breaks down for us some of the issues faced when creating something from nothing. We talk about the 3 jobs of a CEO, how to hire the absolute best people, what he did when his company had raised $25M and still wasn’t making money, doing due diligence on investors, and the mourning period that follows most startup adventures.

This episode is a must listen for anyone who currently runs a growing company, or wants to create one.

David has been in the startup trenches for decades and has tons and tons of real world experience to share that I wish I’d had when I was starting Kindara. I’m going to give this episode to all my coaching clients it’s so good (and listen again myself before I start my next company).

David was an Entrepreneur in Residence for Techstars, and Co-founder and CEO of PivotDesk, a TechStars Boulder 2012 company that helps find room for growing businesses. Having served as a TechStars mentor since the start, he has entrepreneurial experience that runs the spectrum from small, start-up organizations to large multi-national corporations.

Previously, David served as CEO of Ignighter (currently StepOut), another TechStars Boulder company and was a Co-founder and Vice President of Marketing for OneRiot (Previously named Me.dium).

Before making the transition to startup life, David was the first marketing hire and Managing Director, Global Communications for Deloitte Consulting. At Deloitte, David helped lead and manage the global brand launch and communications strategy following Deloitte Consulting’s separation from Deloitte & Touche. The comparative strategy succeeded in distinguishing the brand from its competitors and facilitated the company’s rise to one of the top-three brands in the industry.

David also served as EVP, GM for Cohn & Wolfe, a NY-based marketing and communications agency. While at Cohn & Wolfe, David managed several large marketing campaigns, including the introduction of BMW NA’s Z3 Roadster in conjunction with the MGM and the James Bond 007 Movie, Golden Eye.

0:42 David introduces himself and what he does.
1:22 How do you keep the agency model going and profitable?
6:00 David tells the story of his “6 year death march” launching Deloitte’s global consulting practice
7:00 David describes what it was like in 1999 launching a startup as the dotcom bubble burst
9:40 David tells the story of Medium – an early internet company he founded the dealt with real-time mapping of the internet based on activity for which he raised a $5m seed round
18:00 what he did when Medium raised $25M but still had no revenue
22:30 why it’s never a good idea to lie to your board, or even omit information, and how and why to keep a good relationship with your board.
25:00 how passive-aggressiveness kills companies
29:00 the three jobs of a CEO
33:30 Jason –-_ advice to hire people who are better than you any chance you can.
35:00 the power of focus and vision in a startup
39:30 how the ideal for a CEO is to think about tomorrow and not today
42:00 the beginnings of PivotDesk
45:00 legal issues while raising money and how founders are better served solving any legal issues early.
49:00 the agonizing sale of PivotDesk and what it’s like to sell when things don’t turn out how you want. How this is the case on most acquisitions.
50:00 “You didn’t fail. The company didn’t succeed.” And the mourning process founders go through. “Most of the time it’s pretty brutal” “The odds are your company won’t succeed. If you do succeed the odds are it won’t succeed how you wanted” how entrepreneurs create jobs and make people think differently.
55:00 David’s views on startup fundraising and thinking of investors as a target audience. How founders can “understand their audience of investors”
57:00 Doing due diligence on investors. “Can I talk to some other founders you’ve worked with who’s businesses didn’t succeed”
58:30 Knowing all the answers as a founder when fundraising
59:30 Thinking about raising money vs. bootstrapping

How to find David: